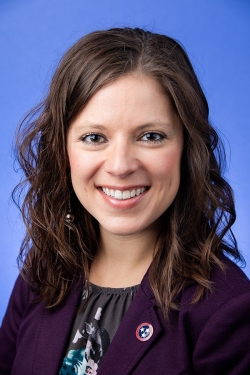 Tennessee Comptroller of the Treasury Jason Mumpower is pleased to announce that he has named Rachel Buckley the Comptroller’s Office General Counsel.

Effective immediately, Buckley will be the chief legal advisor for the Office and its 12 divisions, and she will oversee the legal work produced within the Office of General Counsel.

“Rachel is an excellent attorney and has a wide variety of legal expertise on matters that impact state and local governments,” said Comptroller Mumpower. “I value her judgment and I am confident that she will help our Office fulfill its mission to make government work better.”

She is a graduate of St. Louis University in St. Louis, Missouri and received her Juris Doctorate from the University of Tennessee College of Law in Knoxville. She is licensed to practice law in the State of Tennessee and has been admitted to the United States District Court for both the Eastern and Western Districts of Tennessee. Additionally, she is a 2020 graduate of LEAD Tennessee.