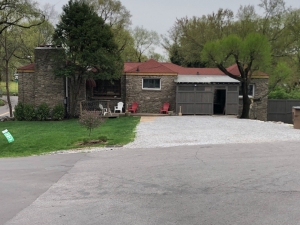 An investigation by the Tennessee Comptroller’s Office has resulted in the indictment of Julia Armstrong, the former director of Phases, Inc. in Nashville, Tennessee.

Phases, Inc. was a nonprofit organization that offered transitional housing and support for women in recovery from drug and alcohol addiction. It also received grant funds from the Tennessee Department of Mental Health and Substance Abuse Services (MHSAS) to support those efforts.

This investigation began after MHSAS reported concerns about Phases, Inc. to the Comptroller’s Office. Notably, MHSAS learned that Phases, Inc. had ceased program operations in 2018 after state monitors inquired with Phases, Inc. about scheduling an onsite visit.

Comptroller investigators determined that Director Julia Armstrong stole at least $6,260 by submitting false claims for services that were not provided.

Armstrong made at least 135 fraudulent entries for services between April 2017 and June 2018. Investigators noted instances in which Armstrong claimed she provided multiple services to clients who were incarcerated and unable to receive services at the time.

The investigation also notes more than 100 questionable disbursements totaling at least $4,645 made during the time when Armstrong had control of Phases, Inc’s operations and finances. These included cash withdrawals and purchases made at liquor stores, lottery stores, tobacco stores, restaurants, car washes, and retail stores. Many purchases were made in Kentucky and Florida.

Phases, Inc. was administratively dissolved by the Tennessee Secretary of State’s Office in April 2018. Comptroller’s Office investigators attempted to contact Armstrong during the course of this investigation, but  they were unsuccessful. Investigators were also unable to obtain records from the nonprofit.