Tennessean’s Will Save Millions Thanks to Record Low Interest Rates 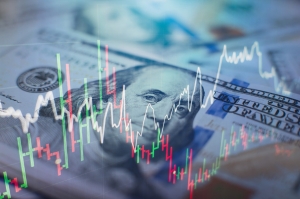 The State of Tennessee has completed the biggest sale of general obligation bonds in its history by closing on approximately $658.7 million of bonds. The bonds sold with a record-setting low true interest cost of 1.41%.

A majority of the bonds were issued to refinance certain outstanding bonds to take advantage of low interest rates. These refunding bonds will allow the state to achieve $50 million in net present value interest cost savings over the next 14 years.

Approximately $125 million of the bond proceeds will be used to repay commercial paper that was issued to fund capital projects such as the new State Library and Archives building, the new lodge at Fall Creek Falls State Park, higher education classroom buildings, and many more.

Tennessee’s debt level is one of the lowest, if not the lowest, of any state, and investors recognize its strong history of balanced budgeting and fiscal stability. Investor demand for the Tennessee’s GO bonds generated a $43.4 million premium.

“Tennessee is one of just 13 states with a triple-A credit rating from each of the three major credit rating agencies,” said Comptroller Jason Mumpower. “As Tennesseans, we take pride in our state’s fiscal responsibility. The commitment shown by Governor Lee and the General Assembly to strong financial principles saves all of us money whenever we sell bonds.”