Mother and Son Steal More Than $83,000 from Meigs County Church 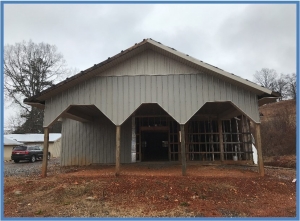 The Tennessee Comptroller’s Office, working in conjunction with the Tennessee Bureau of Investigation, and at the request of the District Attorney General of the 9th Judicial District, has completed an investigation resulting in the indictment of Carolyn Mullins and her son, William “Larry” Mullins.

On February 18, 2019, a fire destroyed the church’s sanctuary building. Church members decided to rebuild using $189,000 in insurance proceeds, but the reconstruction was not completed due to a lack of funds.

Larry and Carolyn Mullins had served the church as treasurer and assistant church treasurer, respectively, and they were the only authorized signatories on the church bank accounts.

Investigators revealed the Mullins stole most of the $83,710.82 by making internet transfers and withdrawals from the church bank accounts to their personal accounts. They also wrote church checks for cash to themselves, and they made personal purchases at Walmart for items such as gift cards, cigarettes, cash back, a ring, and clothing.

“It’s a best practice for churches to have someone other than treasurer reconcile the monthly bank statements and review financial activity,” said Comptroller Jason Mumpower. “Separating financial responsibilities reduces the risk of errors or fraudulent activity.”