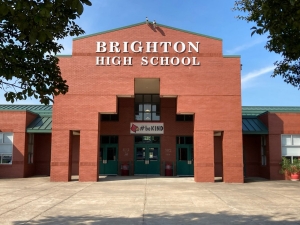 An investigation by the Tennessee Comptroller’s Office has resulted in Amy Spurlin, the former secretary of the Brighton Blitz Booster Club, being charged with one count of theft over $1,000.

Investigators determined that Spurlin stole at least $1,719.44 from both the high school and the booster club between January 2020 and July 2020. This includes $931 in cash that she misappropriated from a fundraiser as well as $788.44 from unauthorized sales transactions (Amazon and Chick-fil-a) and cash withdrawals from the booster club account.

After being relieved of her duties, Spurlin repaid a total of $550, leaving a total outstanding balance of $1,169.44.

“Booster club officials are required by state law to safeguard funds and property,” said Comptroller Jason Mumpower. “In this situation, bank statements were not promptly reviewed and reconciled allowing unauthorized purchases to go undetected for several months. Booster club officials must also require and retain invoices or other documentation for all disbursements and cash withdrawals.”