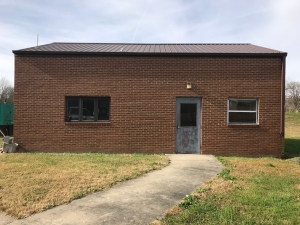 An investigation by the Tennessee Comptroller’s Office has revealed improper conduct by three employees of the Celina Wastewater Treatment Plant in Clay County. The investigation began after a former City Mayor identified and reported questionable invoices found at the treatment plant.

Investigators determined that a former 2020 plant supervisor (terminated August 22, 2020), a retired supervisor (retired March 5, 2021), and a plant employee used city resources, such as time, chemicals, the laboratory, and equipment, to perform water sample testing and analyses for their private business. By using city resources, the costs to operate their private business were significantly lower.

The three employees were paid a total of $10,847.52 by the city for time when they were also working for their private business.

Additionally, the value of the plant’s laboratory resources and equipment that were used to perform testing for the private business resulted in a total cost of $10,898.04 to the City of Celina.

The investigation revealed the three employees generated $277,875 for their private business from January 2014 through November 2020. This occurred while the men were often working on city time and using plant equipment.

Investigators have also questioned compensatory (comp) time that was accrued by the three individuals, and a total of $15,328.69 in comp time payments that were made to the former 2020 plant supervisor and plant employee.

The results of this investigation have been communicated to the Office of the District Attorney General of the 13th Judicial District.

“Our investigators have recommended that Celina officials take steps to improve supervision and oversight of wastewater plant employees,” said Comptroller Jason Mumpower. “It’s also important for the city to properly enforce its personnel policies regarding outside employment and adhere to federal law regarding limits on compensatory time.”