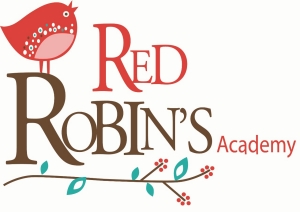 Red Robins Academy of Learning, Inc. (RRAL), and Giving Youth a Chance (GYAC) both participated in the Summer Food Service Program in 2018. This federal program is administered by the Tennessee Department of Human Services (DHS) and provides free meals to children during summer months when school is not in session.

RRAL and GYAC both sponsored multiple feeding sites in the Memphis area. The organizations are reimbursed for meals served based on meal count sheets submitted to DHS. Comptroller investigators and auditors, working in cooperation with the Memphis Police Department, used video surveillance to determine if the organizations were actually serving the number of meals and snacks they claimed in July 2018.

Investigators and auditors obtained the daily meal count forms submitted by RRAL and compared the numbers listed with video surveillance footage from three different feeding sites. At two of those sites, RRAL claimed thousands of meals and snacks were served when, in fact, RRAL did not feed a single child.

The investigation also found that Giving Youth a Chance wrongfully obtained at least $17,601.72 in federal funds.

Comptroller investigators and auditors once again discovered a pattern of falsified meal count sheets. Based on video surveillance evidence from four feeding sites, investigators determined GYAC requested reimbursement for thousands of meals and snacks that were never served to children.

The Comptroller’s Office has shared the results of these investigations with the U.S. Attorney’s Office for the Western District of Tennessee and the Office of the District Attorney General of the 30th Judicial District.

“Our Office has repeatedly reported on weaknesses within the Summer Food Service Program,” said Comptroller Justin P. Wilson. “It is imperative that the Tennessee Department of Human Services continue to ensure that all participants maintain complete and accurate documentation for meal reimbursement claims.”

To view both investigative reports, go to: https://comptroller.tn.gov/office-functions/investigations/find.html